Prototype handover of the seismic impact source SQ 5 to Amberg

On behalf of Amberg Technologies AG, the 3D-US Lab is developing a seismic impact source for application  in tunnel construction. The prototype development of seismic measurement methods is a core competence of the 3D-US Lab. During the development process, the prototypes are tested several times in different rock types for their functionality and usability, including the new seismic impact source SQ 5. Andreas Jurczyk, 3D-US Lab Designer, travelled to Switzerland, where the company Amberg is based. In the Hagerbach test tunnel in the Canton of St. Gallen, the impact source SQ 5 was tested in  horizontally different orientations and control times of the PLC program were adjusted. For this purpose, the impact source SQ 5 was mounted vertically on an excavator (see picture). "As a result, it can be said that the SQ 5 works reliably and with the same impulse energy   in all orientations, after adjusting the tax times," summarizes Andreas Jurczyk.

Thus, the first prototype will be handed over to the company Amberg, which will carry out further internal functionality tests. 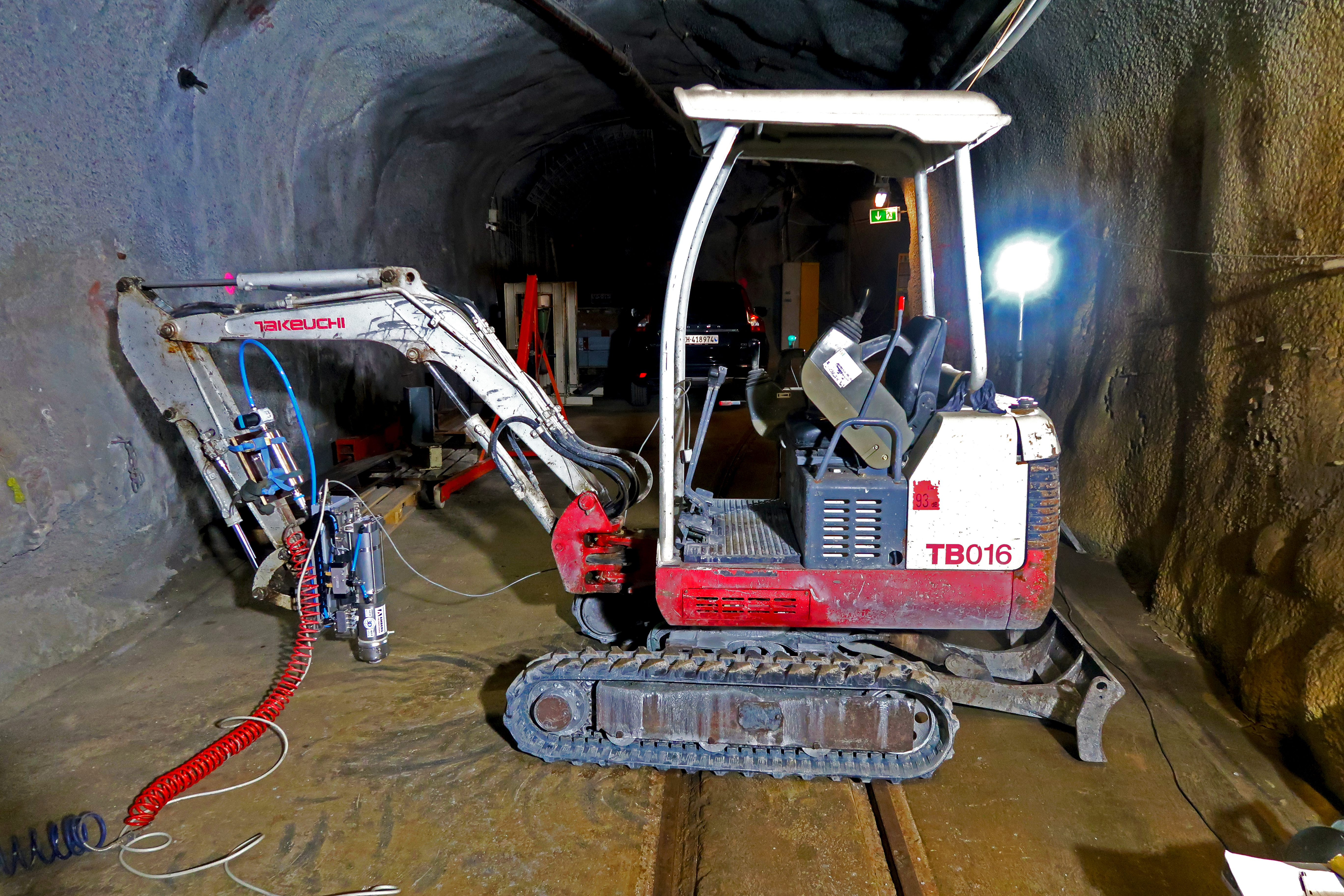